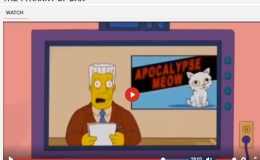 Another brilliant investigative film from Andre Ebisu, exposing the background and implimentation of the pandemic lockdown measures in Victoria, a strong city initiative that is coming to a frontline near you, very near…. this video can also be watched here 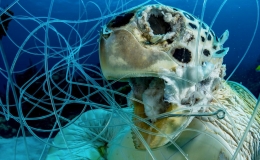 An indepth article covering the primary aspects of significance relating to the dehumanisation and disenfranchisement of the human populace through the use of pandemic related masks, and their destructive impact on the biosphere…. …..more brilliant exposure of the truth from Cory Morningstar nb. Cory’s URL is banned by FB….read it here : theartofannihilation.com/mandatory-masks-in-the-age-of-climate-emergency-planetary-biodiversity-crisis/ 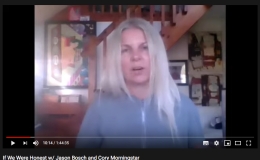 Originally posted on Drowning in absurdity:
IDEOLOGICAL SUBVERSION–And You Won’t Even Know it’s Happening (by Crystal Clark, June 18, 2020) “We will change you Dr. Jones, all of you, from the inside. We will turn you, into us. And the best part? You won’t even know it’s happening.” –Indiana Jones and the Kingdom of the…

It’s always good to see just how fast people change their minds about a thing when reality becomes too persistent to be ignored–a good old ‘reality slap’ can still work wonders. Which, of course, as repeatedly discussed here, is why censorship of the true nature of reality is a must for any successful reality revision attempt–people will rarely participate in their own demise if they know that’s actually going to be the end result. For the non sociopaths/psychopaths (remembering that psychopaths especially lack the ability to project the consequence of their actions) out there, that’s just human nature. Working against our own best interests isn’t generally something most of us do knowingly and willingly, hence the gargantuan snow job necessary to overcome it.

The title of this article comes from the following interview conducted by Jason Goodman of Crowd Source The Truth, featuring Venezuelan expatriate Elizabeth Rogliani, who has a chilling warning for Americans regarding recent trends in the this country. For the veteran reality-miners out there it will connect more dots through the images it conjures of other prominent and divisive malcontents associated with rituals being performed in places of power, among other things. For those just getting used to the feel of dirt-crusted fingernails, welcome to the dig, and beneath the video are some salient points raised during the interview with some added commentary (in maroon text). As a primer for the material covered, she explains her reasons for speaking out (English being her second language):

“I feel that the statues coming down, the religious symbols being attacked, and everything seems just too similar to what we lived through in Venezuela…Christopher Columbus statues were taken down, then religious symbols were decapitated as well, the police was taken apart in 2001 and replaced by new police. So it was all just seeming very similar to what we already went through, of course in a different way. I understand that America, the United States, has a different system, but we cannot underestimate people that are so willing to destroy it, because they’ve obviously studied the United States. they know their laws, and they know where to attack. They’re not in government right now, at least not in the highest office, but they obviously want to get there. So I wouldn’t underestimate what they can do when they actually get there–if they get there. Let’s hope not.”
END_OF_DOCUMENT_TOKEN_TO_BE_REPLACED 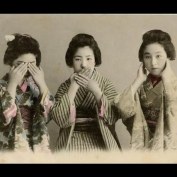 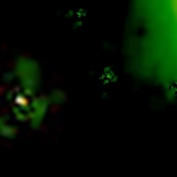 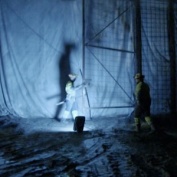 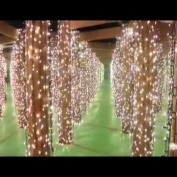 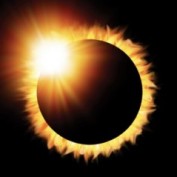